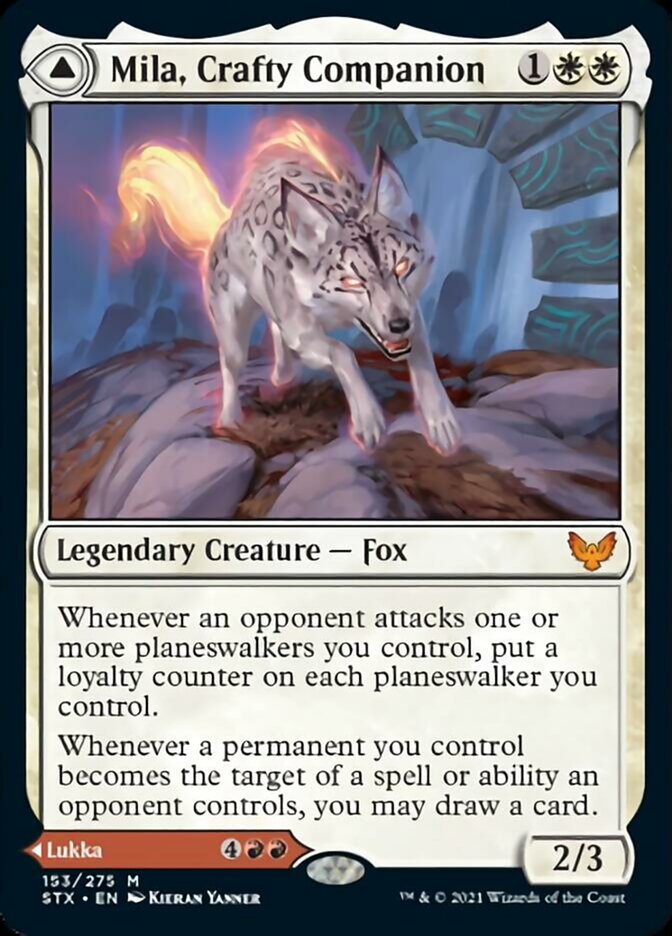 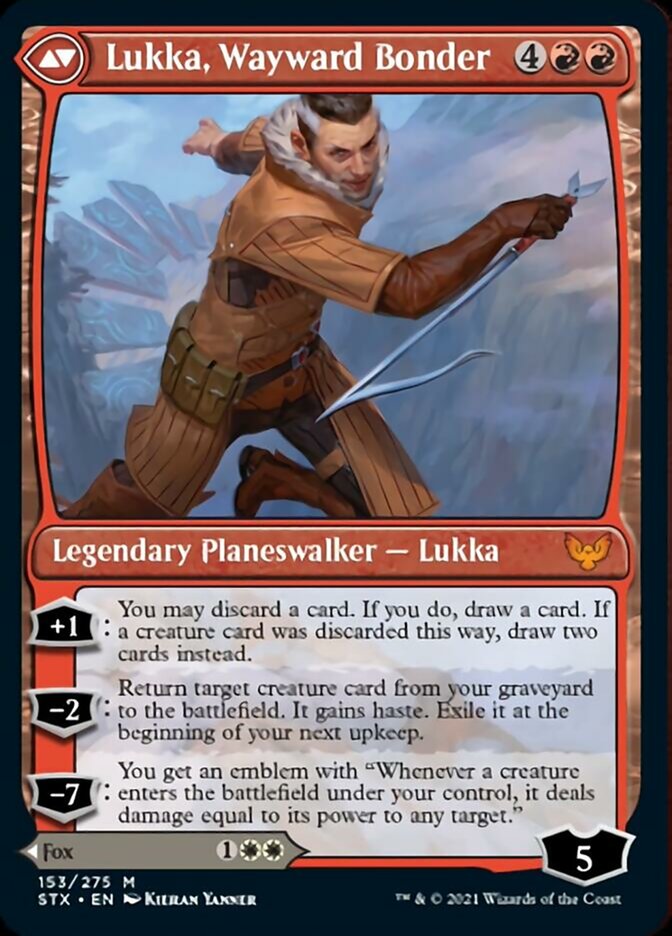 #153 in Strixhaven: School of Mages

Whenever a permanent you control becomes the target of a spell or ability and opponent controls, you may draw a card.

+1: You may discard a card. If you do, draw a card. If a creature card was discarded this way, draw two cards instead.

−2: Return target creature card from your graveyard to the battlefield. It gains haste. Exile it at the beginning of your next upkeep.

−7: You get an emblem with “Whenever a creature enters the battlefield under your control, it deals damage equal to its power to any target.”